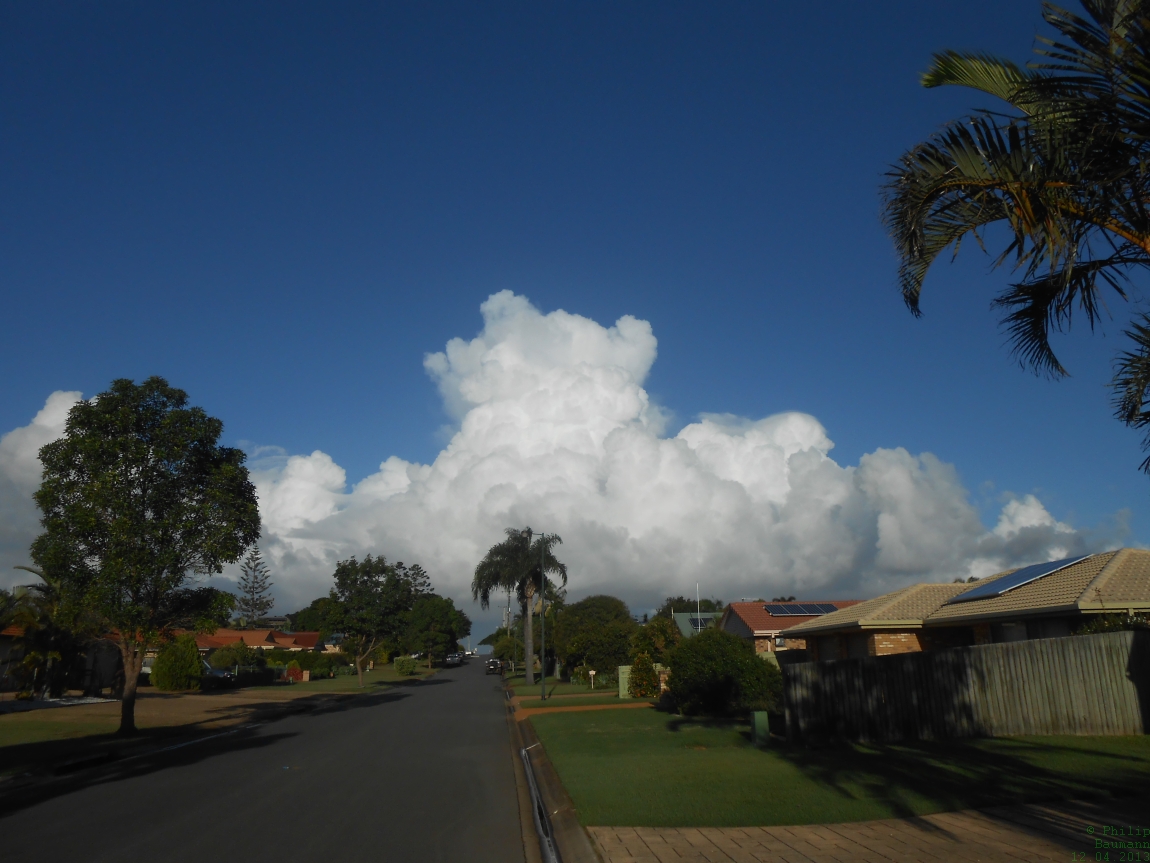 It is autumn in Australia right now. Saying this doesn’t tell you much about the current weather, as long as you don’t specify the region you’re in. This country stretches over more than 40 degrees of longitude and therefore inherits all kinds of climates. 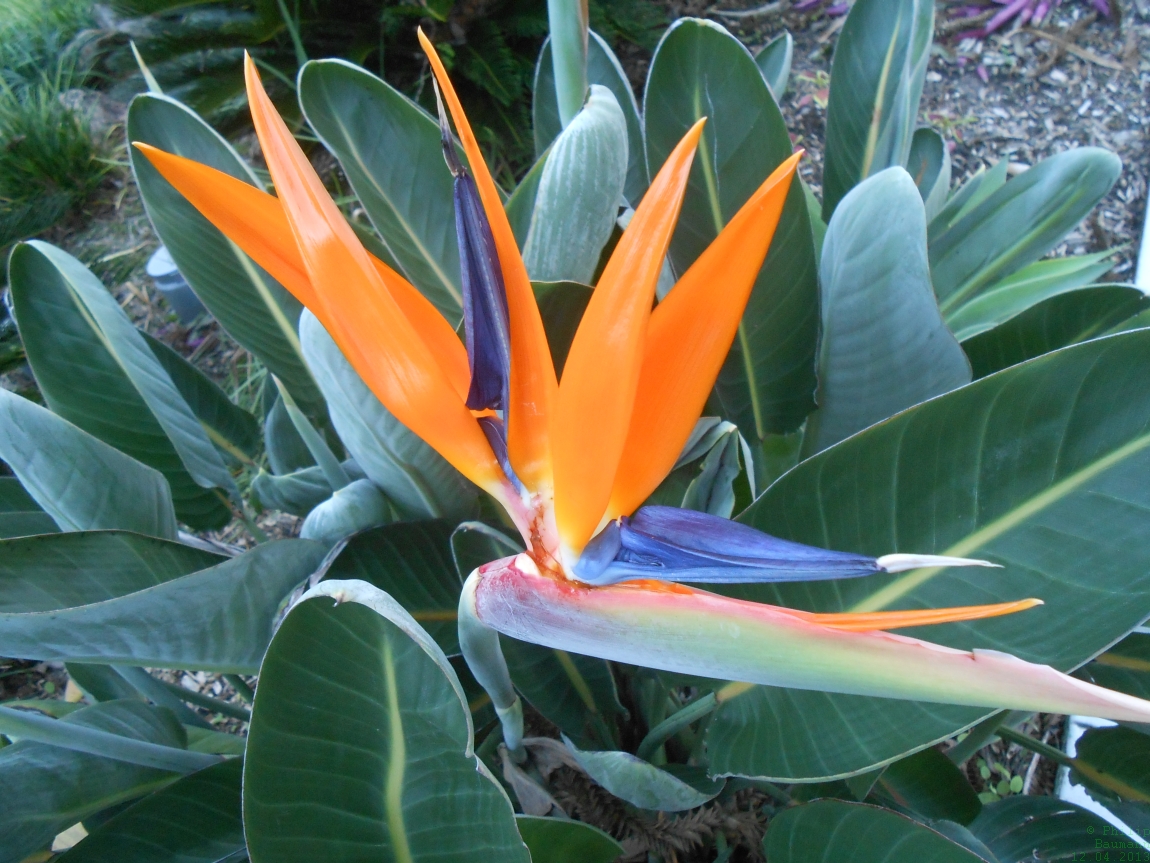 In the Brisbane region it means that the rainy season is over although there is still heavy but short rain almost every day, the temperatures drops to about 15 degree Celsius at night and 20-25 degree during daytime. The sun which shows itself several times a day is still very hot and strong. This is the reason one is surrounded by impressive, lush, jungle-like vegetation in Brisbane now. 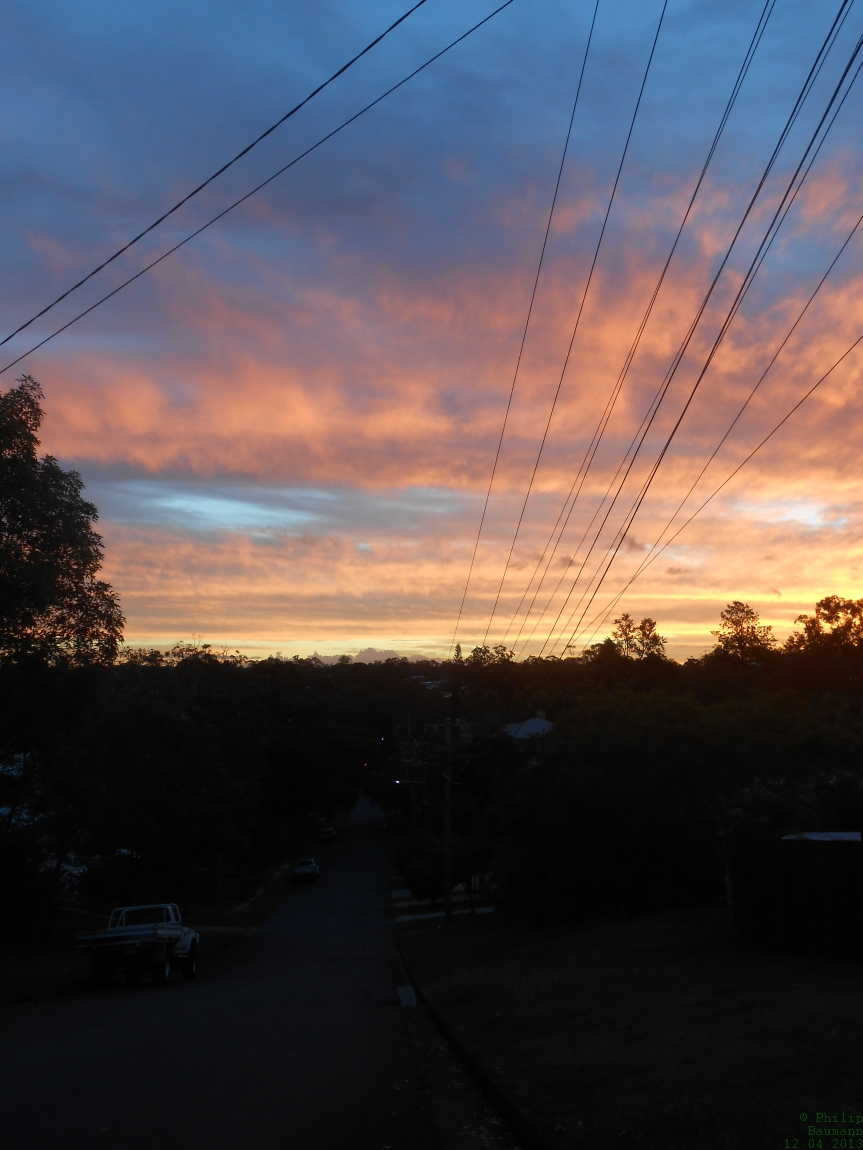 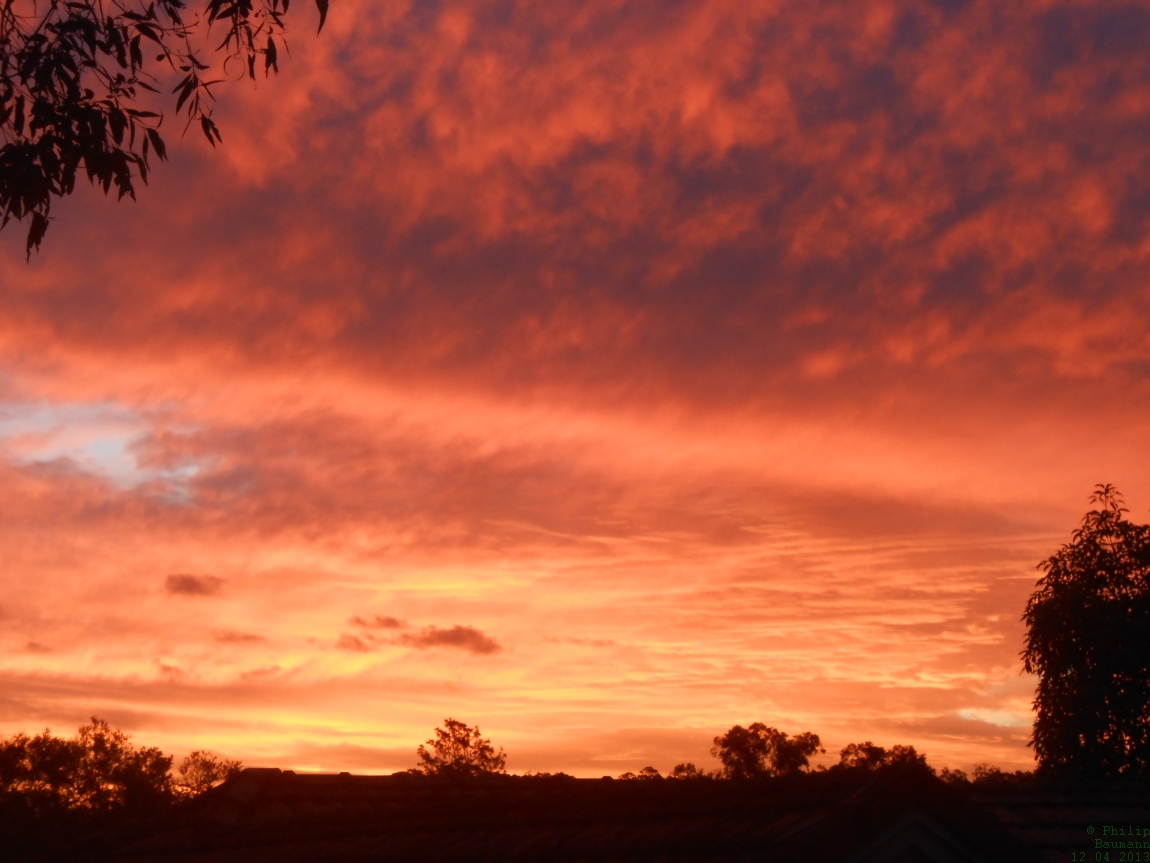 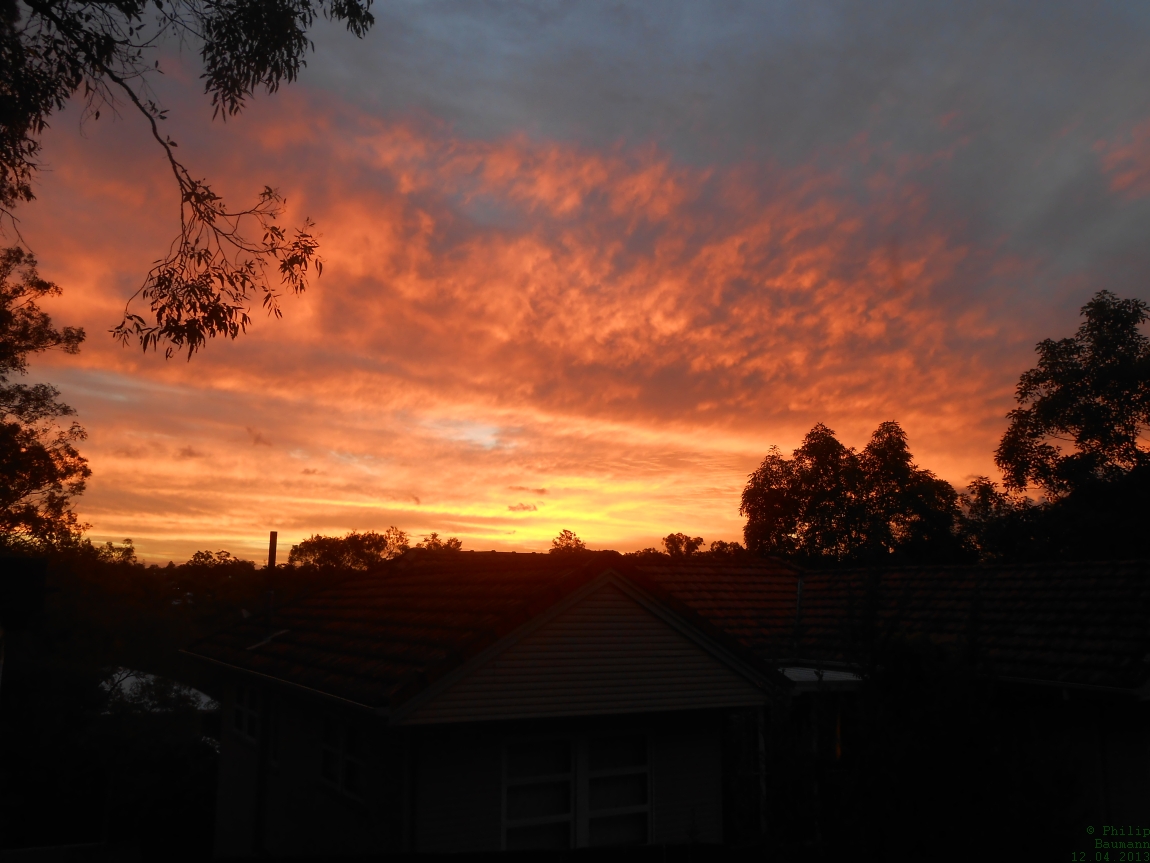 Last evening the sky was burning. I managed to take some pictures. There isn’t really much to say about them. I hope they can transport some of the overwhelming feeling it was, standing right under this sky. 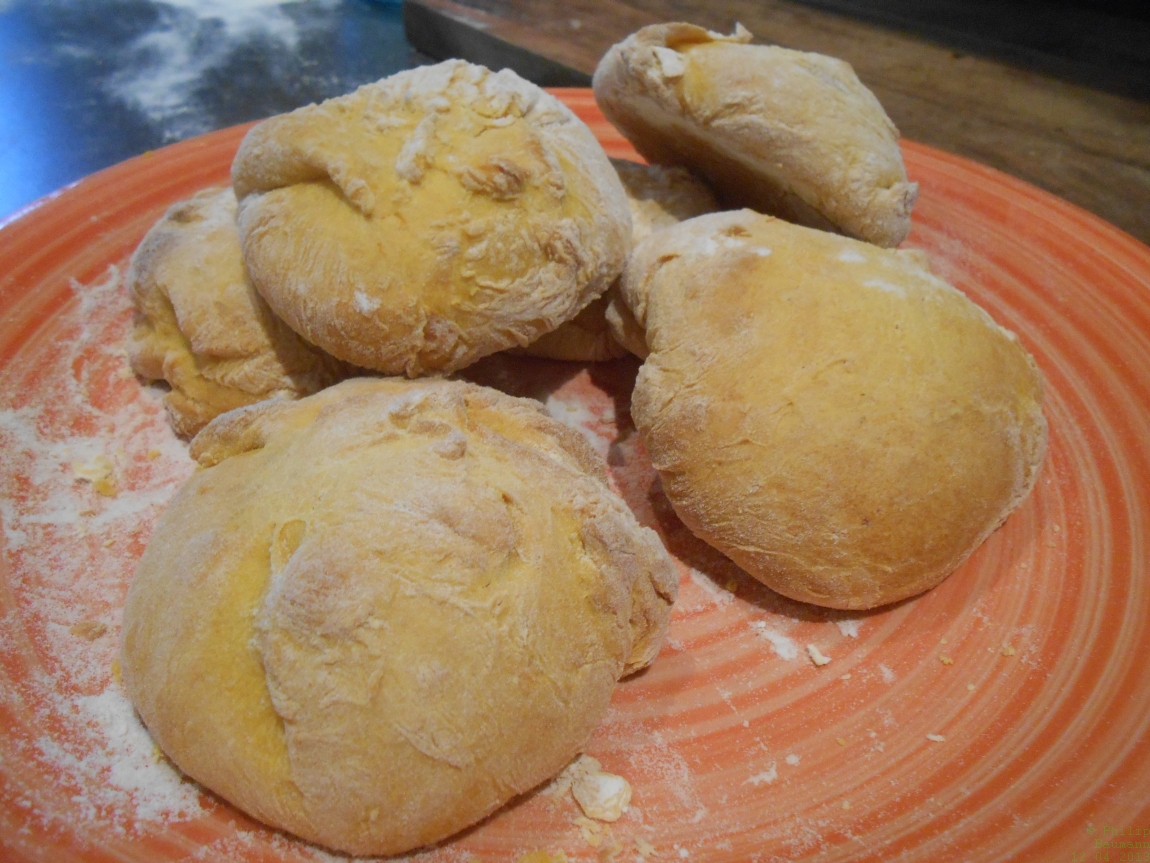 “Yummy!” is what they say about something that tastes good. I have to say I found these especially so. They are called scones and are made of simple pumpkin, flour, eggs and milk. You preferably eat them while they are still hot and put some salty butter on them. As we all know anything that is good gets even better with butter and that even more so applies to salty butter. 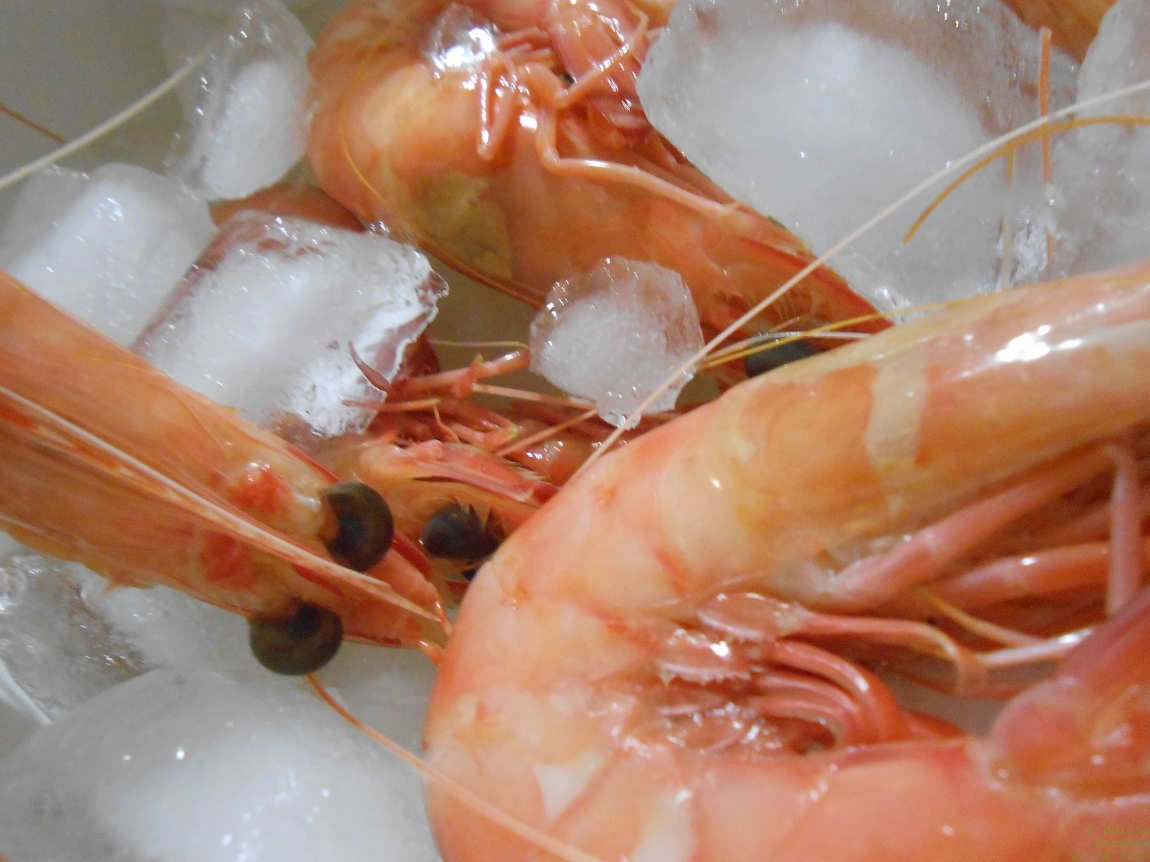 Australians love there seafood. As 85 percent of the population lives within 50 kilometers of the coastline, fresh fish is never far away. I have eaten prawns before but none of them tasted like these. I was told, the difference is, that the ones I’ve eaten had been frozen. If you ever get a chance to try fresh prawns. don’t miss it! 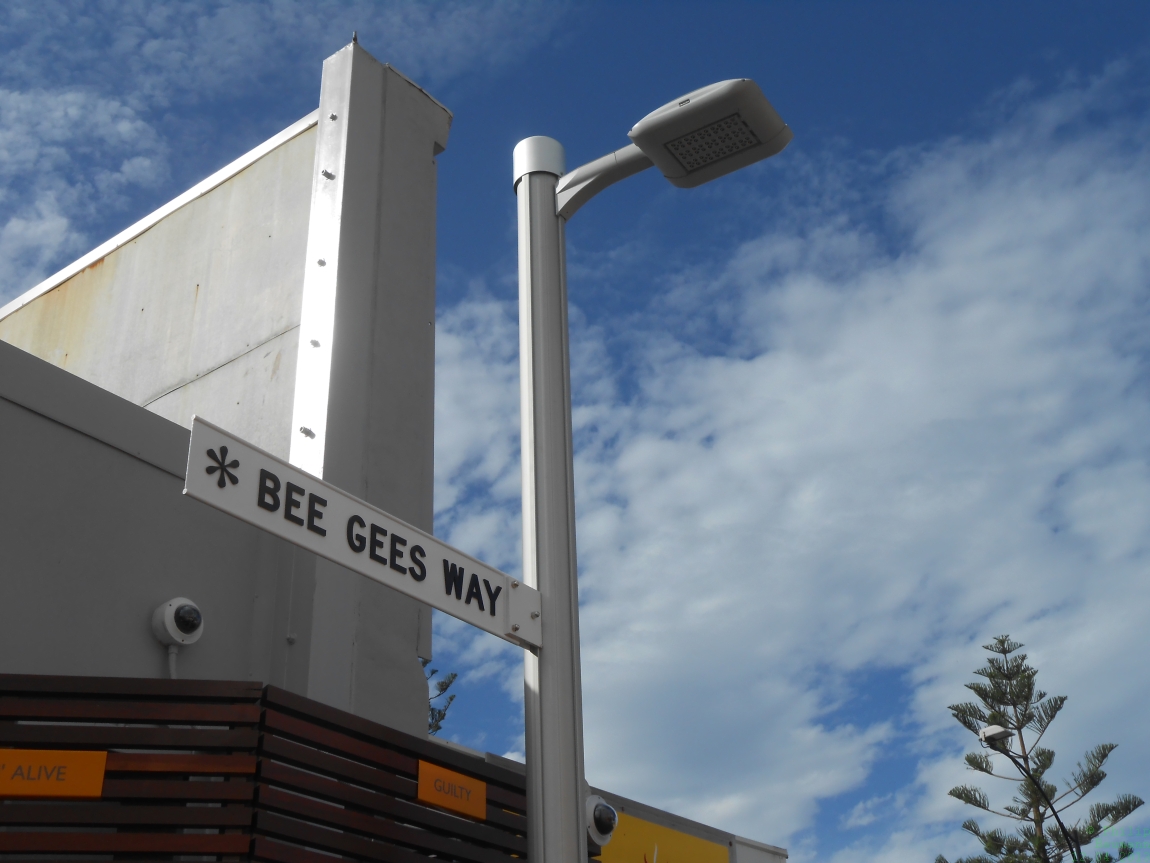 Australians are in general pretty proud of their country, which directly translates into being especially proud of anything Australian that manages to receive public attention anywhere outside the country. This is definitely true about the Bee Gees. So it’s no surprise you can find a pavement, solely build to tell you the story if this pop music group in Redcliffe. In case you are wondering how that small seaside town relates to the Bee Gees: It’s where they grew up. 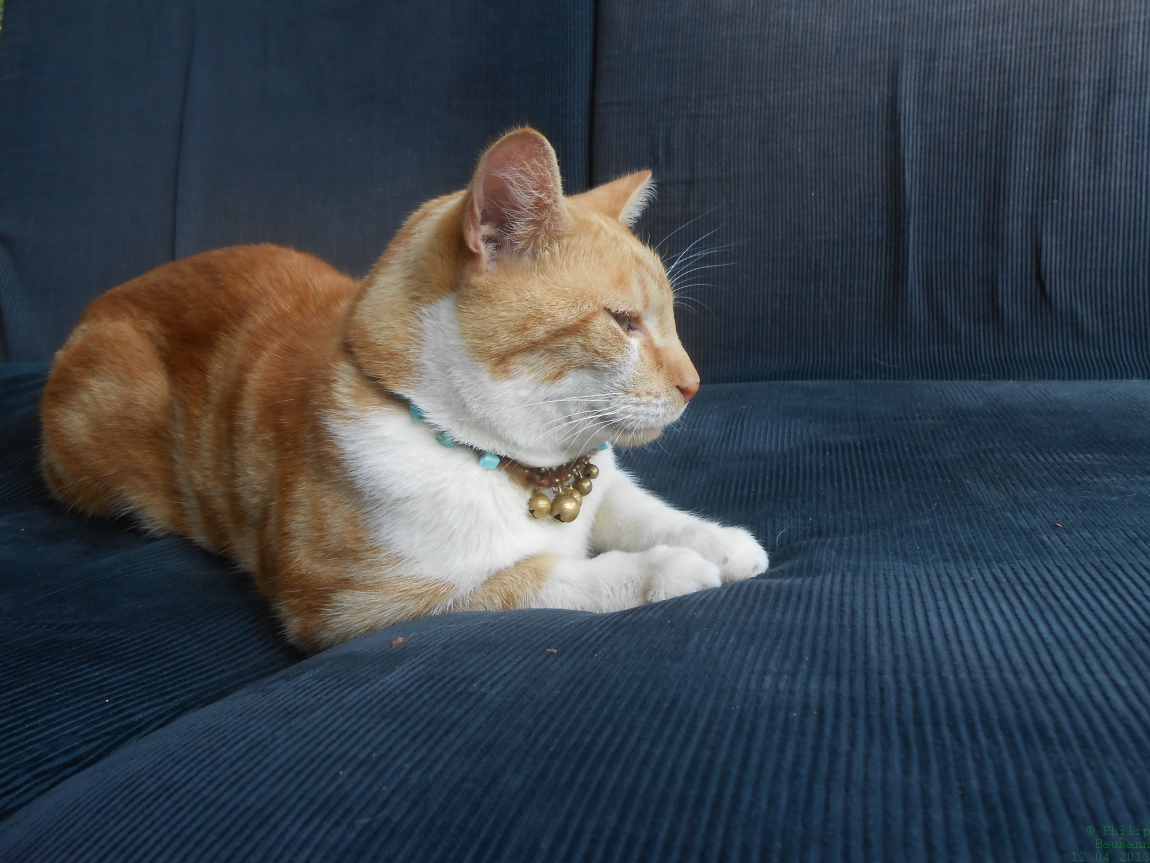 May I introduce you to Artemis Marmaduke Pinklestone. He is the most gecko-interested one of the six loveable, crazy and amazing uni students we are living with right now. Apparently he also goes to uni even less than the other ones. 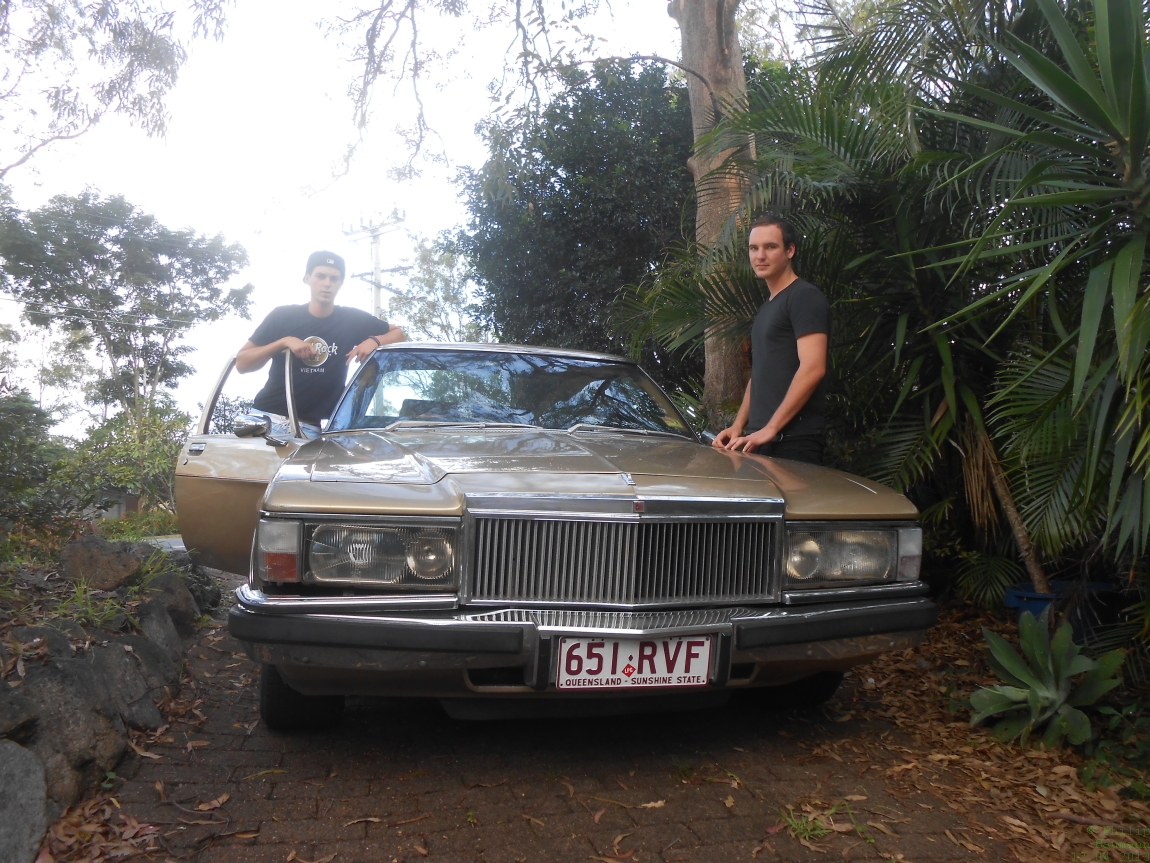 Here are two more members of this “family”. After spending a lot of sweat and time making this beautiful car work again, they are rightfully proud.

This site uses Akismet to reduce spam. Learn how your comment data is processed.